At just under 40,000 students, Boston University is home to a student body with diverse interests. This diversity is reflected in its student organizations; BU offers Greek life, a cappella, rocket building, beekeeping, and just about any other club you could think of. Of these 450-plus organizations, a handful are student-run publications. Several magazines, newspapers, and online publications all call the BU campus home.

For many of those involved in these publications, their experience mirrors what they hope to do once they graduate. These publications are more than just extracurricular activities: they’re training grounds for the working world.

One such publication is Off the Cuff magazine.

Off the Cuff is BU’s only student-produced fashion magazine. Founded in 2013, the seasonal publication calls itself the “creative collision between fashion, art, and diversity,” and provides an opportunity for students to work as models, writers, photographers and stylists, among other things. 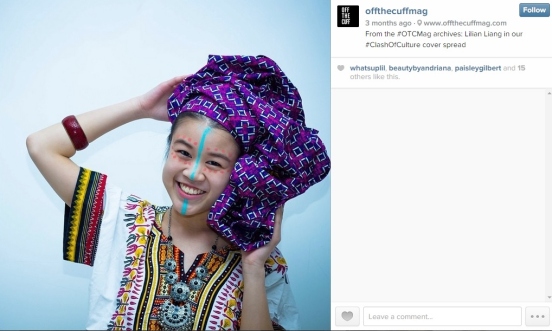 As seen on Off the Cuff’s Instagram page: model Lilian Lang in a shot from the spring/summer 2014 issue. The magazine has its own hashtag: #OTCMAG

“I was involved with another fashion organization on campus and I felt I wasn’t getting enough out of it,” Calvi said. “They were too constricting and didn’t allow me to fully express my creativity at the level I wanted. Other people felt the same way and after a two hour meeting with the original Executive Board, Off The Cuff was born.”

That need for a creative outlet is the cornerstone of OTC. For staffers, the magazine provides an outlet for them to both express and apply their interest in fashion.

“The main goal of Off the Cuff is to express students’ talents,” said Director of Marketing and co-founder Isabelle Epskamp. “Whether they’re good at creating advertisements- we have a bunch of ad majors working for us- or future journalists who want to be writers, or even just people who love fashion and want to be stylists, [our staffers] have so many options. It’s really catered to everybody.”

For Epskamp, her role in the magazine is a small-scale reflection of what she wants to do in the real world. As a Public Relations major, Epskamp hopes to put her PR skills to work for a company in the fashion industry after she graduates.

BU junior Epskamp, as featured on Off the Cuff’s Instagram page

As Director of Marketing, Epskamp manages the magazine’s PR, Advertising, and Events teams. “Any event, any advertisement, any social media promotion you see for or in collaboration with Off the Cuff- that’s through me,” she said. After a summer internship at high-fashion retailer Rag & Bone (a position she credits OTC for helping her land), Epskamp realized that she not only wanted to do PR for the fashion industry, but that she wanted to change the industry as a whole.

“As much as I love [the fashion industry] I see a lot wrong with it and I think a lot of other people do too,” she said. “It’s extremely cutthroat and competitive and a lot of it is based on how you look. There are unrealistic standards of what everyone is supposed to look like and it shouldn’t be that way. If I get high up in the industry some day, I want to make a positive change in those standards.”

According to Epskamp, her experience with the magazine has given her the confidence to make those changes. “[Before Off the Cuff] I was always so shy. I never shared my ideas or even pursued everything fashion-related. But now, after Off the Cuff and the internships it has landed me, I’ve come so far and I’m ready to make something out of my passion [for fashion].”

Coup d’Etat was founded in 2013 by a group of students from the BU Literary Society. After losing autonomy over their former journal, Clarion, enterprising members started Coup and published their first issue in January 2014.

“We staged a coup- that’s why we call it the Coup d’Etat,” said Senior Editor Nina Misra. “As students we felt like we didn’t have enough say and control in Clarion, so we split off and created a new journal.” 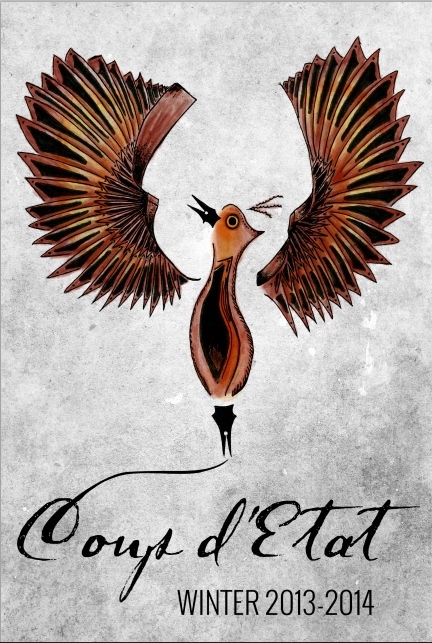 The cover of Coup d’Etat’s inaugural issue, as published in PDF form on the official Coup website

Coup is open to all creative writers, regardless of genre. Submissions include poetry, short stories, and essays, among others. Students interested in submitting can attend Literary Society’s weekly writing workshops to go over their work, or submit directly to Coup’s editorial staff.

Besides Coup, there are limited opportunities for creative writers to be published at BU.

“Creative writing is a bit tougher to break into than editorial – both are difficult but I think at the moment BU has less opportunities for creative writers,” said Coup Editor-in-Chief Jamie Lin. “There’s us, and I know there’s also Burn, an experimental journal run by Mark Dimov, and in some form I think Clarion still exists also.”

“We do have a few clubs- Lit Society is the umbrella for Coup, Writers’ Workshop, and Creative Writing Club- which gives students an outlet and opportunities,” said Lin. “We definitely encourage people who submit to workshop, which is open to all BU students, to submit their stuff to Coup, and we get a decent chunk of our contributions from there.”

For Lin, being part of Coup has let her work on more than just her writing. In addition to being Editor-in-Chief she also serves as the journal’s layout editor, designing and producing the magazine’s layout. As an Advertising major hoping to go into digital design, this dual responsibility is the best of both worlds.

“I think Coup d’Etat shows I still have roots in writing and copy editing, and being one of the founding editors and now editor-in-chief certainly shows leadership skills,” she said. “Because I really learned [the program] InDesign by creating the first issue of Coup, I think I did personally gain a valuable professional skill there. ”

Though Lin initially intends to pursue other careers, writing will always be something she wants to do. “I’d be lying if I said I didn’t want to be a writer, but for the immediate future I’m pursuing my advertising goals as a digital designer, looking to work at an ad agency,” she said. I’ll pick away at my various novel ideas when I have the time and hopefully one day I’ll end up as a published author.”

Misra has similar ideas. “For practicality I think might go towards [my major of] Public Health, but regardless of what I do, I want to do something with writing because I love to write,” she said. “I keep hoping I’ll be inspired to write the next great American novel- it might happen, it might not! But I’m gonna keep my options open.” 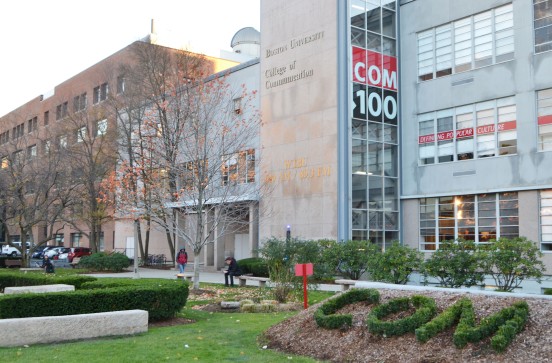